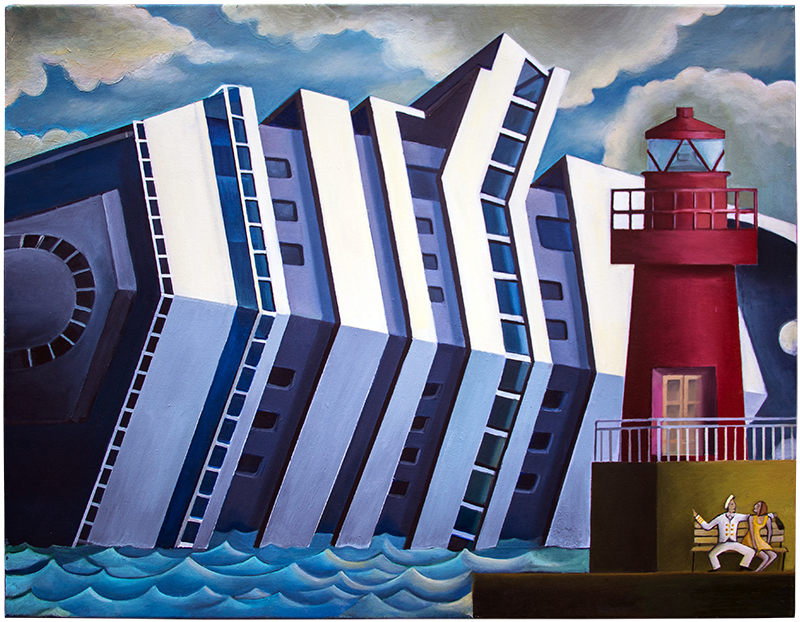 A fascinating tale of ego and described by many as a symbol of magnificent, but malfunctioning Italy. I find it amazing how much damage and heartache the stupidity of one man can cause.

Also having served in the navy, the though of a captain leaving a ship for safety first is a disgrace. I kept seeing all these images of the capsized vessel very close to land and found many very abstract and hard to decipher.

By positioning the captain with his lady friend safely drinking ashore, the scale of this disaster becomes apparent and you can almost her him say-” I used to drive that thing”

Thirty-two people died as Concordia capsized and its Captain Francesco Schettino was sentenced to 16 years in jail for manslaughter in 2015. 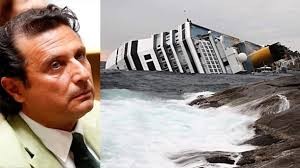